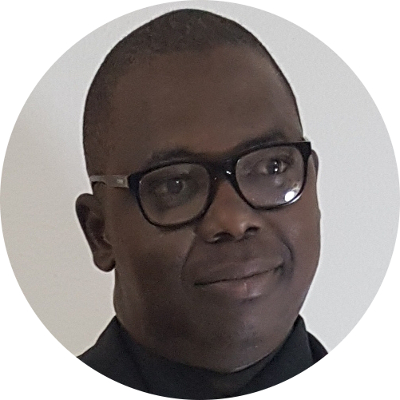 Mamadou Gouro Sidibe leads in Mali the LENALI project, the first fully vocal social network that speaks local African languages, to contribute to the reduction of the digital divide and the advent of a new digital economy that takes into account local realities. The LENALI mobile app, launched on Playstore in 2017, has been downloaded to date by more than 42,000 people!

He obtained a bachelor's degree "Mathematics, Technical Industry" at the Lycée Technique of Bamako, Mali. He received a state scholarship to continue his studies in Russia where he obtained an engineering degree in "Computer Engineering, Complex, System and Networks" at the Electrotechnical University of St. Petersburg.

He then received a Master 2 in France in "Network and Systems Engineering" at the University of Versailles-Saint-Quentin-en-Yvelines. In this same university, he received in 2010 a PhD in computer science, at the doctoral school of the CNRS-PRISM Laboratory.

Mamadou Gouro Sidibe is co-author of several articles published in international conferences and journals in computer science, networking and multimedia (IEEE conferences, ACM, Elsevier journals, IEEE Communication Magazine, etc.). For more than 10 years, he has also been editor and contributor in several reports of international research and development projects delivered to the European Commission.